Mom fires OB during birth when threatened with a cesarean! 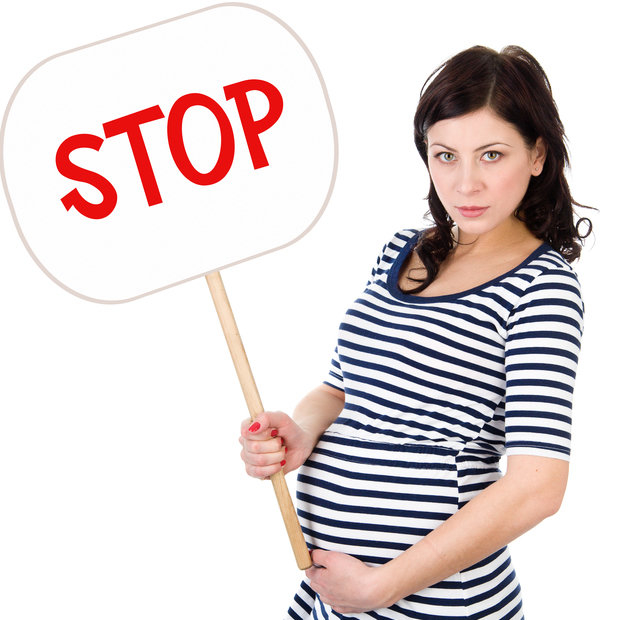 I found this piece on the Hypnobabies Blog/Hypnosis for Childbirth

I LOVE this birth story, because it shows how moms can be so powerful during their births!   Mom was induced at 42 weeks, but insisted that the pitocin was turned up slowly and refused to have her water broken.

First off I have to thank all the wonderful women in this group. (Hypnobabies Yahoo Group) Without you and your wonderful stories I don’t think I would have had the confidence to go to the hospital to be induced with pit, and have a beautiful birth.  I was so nervous and upset the few nights before. Your stories gave me the reassurance that I could do this, and I did. Here is our story.

I think overall I let myself be pushed into inducing. We were at the 42wks the Dr. had guessed. My family was all becoming quite impatient and there was a lot of pressure to have her out.  I agreed to be induced and get things started.

The night before I kissed my first child goodnight and tucked him in, in tears. I left him at my MIL’s so we didn’t have to get him up so early the next morning. Friday the 21st at 6 am we were at the hospital. I took a ton of food in with me, because I was not going to do this with no fuel. We got settled, the first nurse got us all checked in did all the paperwork and started the IV. They had a change of shift, so the next nurse, Anna, come-on and she was wonderful.

Anna spoke with us and I told her how things were going to go. To call the doctor if she needed but I was the one birthing a healthy baby, and unless the stats of baby changed, this is what I wanted. She was so cool! I told her we would be doing the pit slowly. I only wanted an increase every 45 min to an hour, not the every 15 the Dr. had ordered. She called the Dr and it was agreed. So off we set.  We had a cervical check and I was barely dilated 2 and my cervix was very posterior.

I had no idea how the pit would work on me and baby so we just waited. Annabella was so squirmy, they couldn’t keep her on the monitors, Anna had to hold them on and move with her. Around 10am my sister arrived. A few hours past and not much was going on. They wanted me to wear O2 for a while, and said baby was accelerating better when it was on. It didn’t bother me so we did.

After awhile the Dr came in and wanted to look for Annabella and when she couldn’t find her well stated the baby was breach and we needed to go have a c-section. I looked at this woman and told her no, baby had not flipped I would have felt it, and I was not getting a c-section today. That if baby had turned, then we would turn off the pit, and I would go see my Chiropractor to help move her around again. I don’t think the Dr liked me. I didn’t care. So she ordered an ultrasound just to see, and I was later told she knew baby was breach and had started the paperwork to send us on.

Annabella was in fact not breech. She was head down just not really engaged. I felt so good knowing I was right. All this happened about 11am. There had been no increase in the pit for awhile, because of the ultrasound, I still wasn’t doing much that I felt anyway. We started upping it again.

During these times since Annabella wasn’t staying on the monitor anyway, I was up. I walked and rolled on the ball. I leaned over the ball to do pelvic tilts. Pretty much anything I wanted. I really enjoyed that.  I was eating and drinking. I was joking and laughing with my sister and husband. At 2pm I declined another cervical check, but was starting to feel some steady waves we started using Hypnobabies. We called my Doula and told her to come on in.

I was standing and rocking my hips back and forth during the waves, and they were nice. Just these waves, they never were uncomfortable. I didn’t feel I needed to go in to off during them so I just stayed in center moving as I felt I needed to. Anna would come in and check baby with a Doppler, and the let us do our thing.

About 4 the Dr was back, she wanted to see where we were so we checked. I was 4cm, and my cervix was no longer posterior, about 70% effaced.

My husband was stunned, and asked if I could do that, firing the Dr. I told him I didn’t care if I could or not, she wasn’t coming back to my room. Anna asked to get baby back on the monitor for a few, and as I lay down and got all adjusted, she said she had not liked the Dr. either.  I don’t know how things happened from there, but another Dr. came in and introduced himself about 45 min. later and was way more respectful than that woman had been.

We continued, at 7pm the waves were more intense and almost on top of one another. My Doula suggested I get in the shower to help, we did, and it didn’t really help much. I started to shake and shiver but I wasn’t cold. I vomited all over, and then with the next wave I felt pushy. soon there after my waters broke during one of the pushy waves.

**BOP** I have read other people say that it was pushing that was most intense and they were unprepared for. I agree. At some point I stopped using Hypnobabies, and it hurt. My body had taken over, I had no choice but to push. I was on my hands and knees, but that wasn’t working for me. I rolled to my back, someone held my legs, and she came.  I now know what the ring of fire is. **BOP**

Annabella was born at 8:06pm 7lbs 10oz. 21 inches long.  She cried for a bit but was so awake and alert. She is just perfect. She latched on and nursed minutes after birth. I am so happy with this birth. I did it the way I wanted even if it didn’t start the way I choose. I wish the dr had been more supportive. But you can’t have it all.